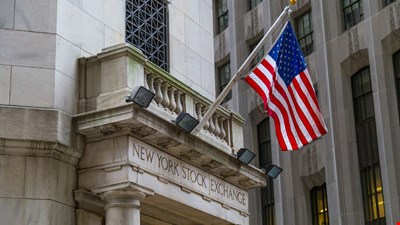 The New York Stock Exchange (NYSE) has begun delisting three Chinese telecoms giants because of their alleged ties to the country’s military.

The exchange released a brief statement on December 31 outlining the process, which came in response to an executive order signed by outgoing President Donald Trump in November last year.

The three affected companies are China Telecom, one of the world’s largest telcos, China Mobile, and China Unicom Hong Kong. All are based in the People’s Republic (PRC) and make the vast majority of their revenue outside the US.

“The order prohibits, beginning 9:30 a.m. eastern standard time on January 11, 2021, any transaction in publicly traded securities, or any securities that are derivative of, or are designed to provide investment exposure to such securities, of any Communist Chinese military company, by any United States person,” the note explained.

Trump’s November executive order claimed that Beijing is increasingly “exploiting United States capital” to modernize its military. Even Chinese companies that appear to be private in fact are conscripted into supporting these strategic goals, it said.

“Through the national strategy of military-civil fusion, the PRC increases the size of the country’s military-industrial complex by compelling civilian Chinese companies to support its military and intelligence activities,” it alleged.

“Those companies, though remaining ostensibly private and civilian, directly support the PRC’s military, intelligence, and security apparatuses and aid in their development and modernization.”

As a result, these and other Chinese firms listed on US exchanges constitute an “unusual and extraordinary threat” to US national security and foreign policy and the country’s economy.

Other Chinese firms set for the same treatment include Huawei and surveillance giant Hikvision.

Last month a new bill was passed by the House of Representatives which will require all foreign firms to comply with US auditing rules or delist from the country’s exchanges. This could lead to a number of Chinese firms pulling out, as Beijing has been refusing such scrutiny on national security grounds for over a decade.