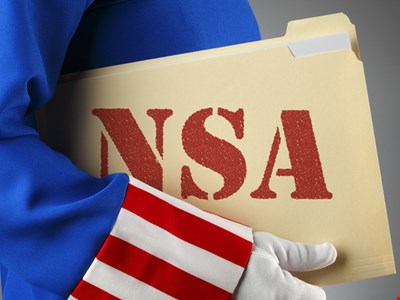 The United States National Security Agency has announced the appointment of Roy Joyce as the new leader of its Cybersecurity Directorate.

Joyce will take over from Anne Neuberger, who was the first to lead the NSA’s Cybersecurity Directorate when it was established in October 2019.

Joyce has worked in NSA’s Cybersecurity and Signals Intelligence missions since 1989. Currently, he is serving as the NSA’s special liaison officer at the US Embassy in London. Prior to that, he worked as a senior advisor for cybersecurity strategy to the NSA director.

In 2018 Joyce won a place on the Federal 100 list. At the time of his win, Joyce was a special assistant to the president and cybersecurity coordinator in the NSC for the Trump administration.

His role at the White House was to lead the development and implementation of national and international cybersecurity strategy and policy for the US, ensuring that the federal government was effectively partnering with the private sector, non-governmental organizations, other branches and levels of government, and other nations. Joyce also served as deputy homeland security advisor and acting homeland security advisor.

From 2013 to 2017, Rob served as the Chief of Tailored Access Operations (TAO), the NSA’s mission element that provided tools and expertise in computer network exploitation to deliver foreign intelligence. Prior to being named chief, he served as the deputy director of the Information Assurance Directorate (IAD) at the NSA, where he led efforts to harden, protect, and defend the nation’s most critical national security systems and improve cybersecurity for the nation.

Joyce has also spoken at major tech events, including the 2019 edition of the RSA conference, where he presented sessions on the weaponization of the internet and reverse engineering.

Outside of cybersecurity, Joyce is known for planning elaborate computerized light displays set to music over the holiday period. His 2020 festive efforts, titled “Notre Dame” and inspired by college football, were so impressive that NBC Sports shared a video on Twitter of the display in action.