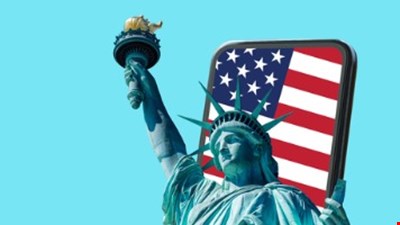 A rights group is suing the US government over what it claims to be the latter’s secret purchasing of mobile phone location data to track individuals.

The GPS data used by many apps are regularly sold to other companies for marketing and other purposes.

However, the American Civil Liberties Union (ACLU) this week claimed that, according to reports earlier in the year, some of these companies are selling it on to government agencies.

That raises a constitutional issue, as it appears as if the federal government is trying to bypass the Fourth Amendment, which protects people from unreasonable searches and seizures by the government. The ACLU argued that, instead, the agencies involved should be seeking legitimate court warrants to track individuals.

According to those reports, a company known as Venntel has been selling access to a massive database of GPS info to the US Department of Homeland Security, Customs and Border Protection (CBP), and Immigration and Customs Enforcement (ICE) so they can track and arrest immigrants.

“There’s even more reason for alarm when those agencies evade requests for information — including from US senators — about such practices,” the ACLU argued.

“That’s why today we asked a federal court to intervene and order DHS, CBP, and ICE to release information about their purchase and use of precise cell phone location information. Transparency is the first step to accountability.”

Specifically, the ACLU wants to see all of the agencies’ records of purchase for the location data, including contracts, policies, and procedures for use, communications with selling companies, legal documents, and more.

It argued that a 2018 Supreme Court ruling, Carpenter vs the United States, affirmed that government agencies cannot request personal location information from a phone company without first obtaining a search warrant from a judge.