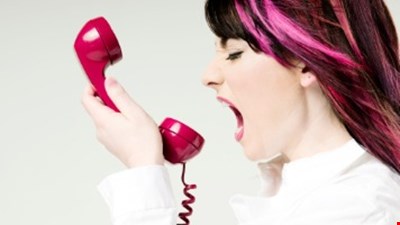 The director of a marketing company that made tens of thousands of nuisance calls has been banned from running a business for six years.

Elia Bols was director of AMS Marketing Limited, a firm founded in 2016 which was the subject of scores of complaints between October that year and October 2017.

UK regulator the Information Commissioner’s Office handed Bols a fine of £100,000 after judging that, under his direction, the firm had made over 75,000 nuisance calls. It should first have used the Telephone Preference Service (TPS) list of individuals who choose not to receive unsolicited contact, the ICO said.

AMS Marketing was wound-up in 2019, with the fine still outstanding, and Bols now lives in Australia. However, in his absence, the government has ruled that AMS Marketing broke Regulation 21 of the Privacy and Electronic Communications Regulations (PECR).

As a result, he is now disqualified from acting as a director or becoming directly or indirectly involved with running or promoting a company.

“Our work with the Insolvency Service has seen the successful disqualification of 17 directors who have shut their business down to try and avoid paying a fine for illegal marketing activity,” explained Andy Curry, head of investigations at the ICO.

“Nuisance calls, emails, and texts can be a huge problem and often cause people real distress. By taking unscrupulous directors out of action, we can help protect the public and their privacy.”

However, despite these successes, the ICO has been found wanting in terms of its collection of outstanding fines from such offenders.

An FOI request last month revealed that £6.6m, or over 39% of total fines, are still outstanding. Just 13% of nuisance calls fines were collected, versus 54% of data breach penalties.