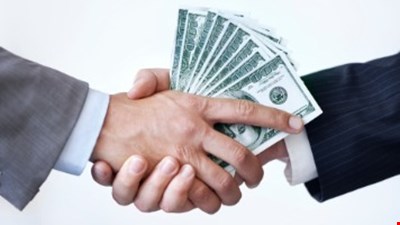 Apple’s head of global security, Thomas Moyer, has been charged with bribery in relation to obtaining concealed firearms licenses.

As reported by the BBC, Moyer is accused of offering $70,000 worth of iPads to police officers in return for the licenses, which are required to lawfully carry a concealed weapon in California.

The charges, which were brought on Monday by a California grand jury, alleging that Sung refused to issue concealed weapons permits to Apple’s security team unless Moyer donated $70,000 worth of iPads to the sheriff’s office. According to the charge sheet, the deal was scuppered when Sung and Moyer learned of a search warrant to seize the Santa Clara County police’s concealed weapon license records.

The two-year investigation concluded that Sung held back on issuing licenses unless the applicants offered something of value. They found that he was assisted in this by Jensen in one instance.

Jeff Rosen, Santa Clara County District Attorney, said: “Call this quid pro quo. Call it pay-to-play. Call it give to get. It is illegal and deeply erodes public confidence in the criminal justice system.

In a statement to CNBC, an Apple spokesperson commented: “We expect all of our employees to conduct themselves with integrity. After learning of the allegations, we conducted a thorough internal investigation and found no wrongdoing.”

If found guilty, the accused may face a custodial sentence.